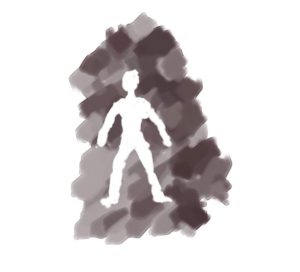 Physiology can be a medium of meditation.

This type of meditation is based on phenomenology: pure observation without theorizing what one observes. Thought puts itself at the service of perceptions and does not seize it to make something personal.
Why choose physiology as an object of meditation?
Because physiology is movement.
Every observation of nature begins with this separation subject / object and the fixation of the observed in a form. For the body is the anatomical phase description.

We then observe transformations, changes of form. It’s a step towards the world of metamorphoses.

The world of metamorphoses is the world just above the physical world. It is a step towards the invisible, a first step.

The observation of the physiological process is not enough to apprehend this world of metamorphoses, it must be meditated, that is to say in simpler terms, it is necessary to learn to live internally what is observed externally.
Movement is the language of the soul. Technically we are going internally a sequence of a physiological process, until we can imagine it very clearly and little by little we pay attention to the inner experiences induced by this film. Feelings, sensations, thoughts …
Movement is the language of the soul. The movement evokes, awakens the soul …

And in physiology, there is a queen matter: Embryology.
Why ? Because what happens during the development of the embryo is a repetition of the creation of the world, dixit Steiner. Which means that studying and meditating on embryology is a way to verify the myths of cosmic creation by oneself!
We are in the microcosm-macrocosm report very directly !!!
Example:
The beginning of the embryo: A zygote, A cell that divides several times until it looks like a kind of blueberry: The morula.

This is a direct parallel with the cosmogony that describes the Thrones maker an initial chaos of heat (the unordered but living initial sphere) that receives the reflective quality of the Kyriothetes and the astrality of the Dynamis and thus divides itself to resemble a big blueberry on the scale of the cosmos! Here the parallel is clear and clear. It is true that it gets complicated quickly.

The interest of all this is that one can find by pure observation deepened by meditation the deepest esoteric teachings.
The advantage of this method is that it is absolutely free from any belief, belonging to any group whatsoever, since one starts from ordinary observation.

Important of this method: In the initial meditations, meditating the metamorphosis of forms is to be seen as a preparation: it creates the animic cup that becomes capable of receiving spiritual inspirations. We can say that we humbly offer his little research and meditation and we wait to see how it sounds on the other side, that is to say what we receive in return, ie in what state of soul that plunges us. We only understand this by practice.

This approach allows the passage of the dead thought to the living thought: the thought by the forms which are born and die to that of the permanent metamorphoses. The world of metamorphoses is that of the imaginal. It gives some extended perceptions but does not give meaning to these perceptions.
What gives meaning is, so to speak to offer these images to the spiritual world, let them die and listen to the resonance. It is in this resonance that something of the order of the senses appears, that is to say that the imaginations connect themselves by their own nature in a world of resonances that makes sense.
Here one begins to feel the sense of nature and of oneself in the cosmos. We begin to feel in the depths of our soul that nature is a book that we have the ability to open if we take the trouble.

For therapists: these meditations form a multidimensional image of the human body that becomes a tool for diagnosis and treatment. Because beyond the images, it is well principles of creation of the body that one meets and these principles are those which can serve us of reference for a therapy ….

Friends of Awakening and Knowledge,

All the Best!
Christophe